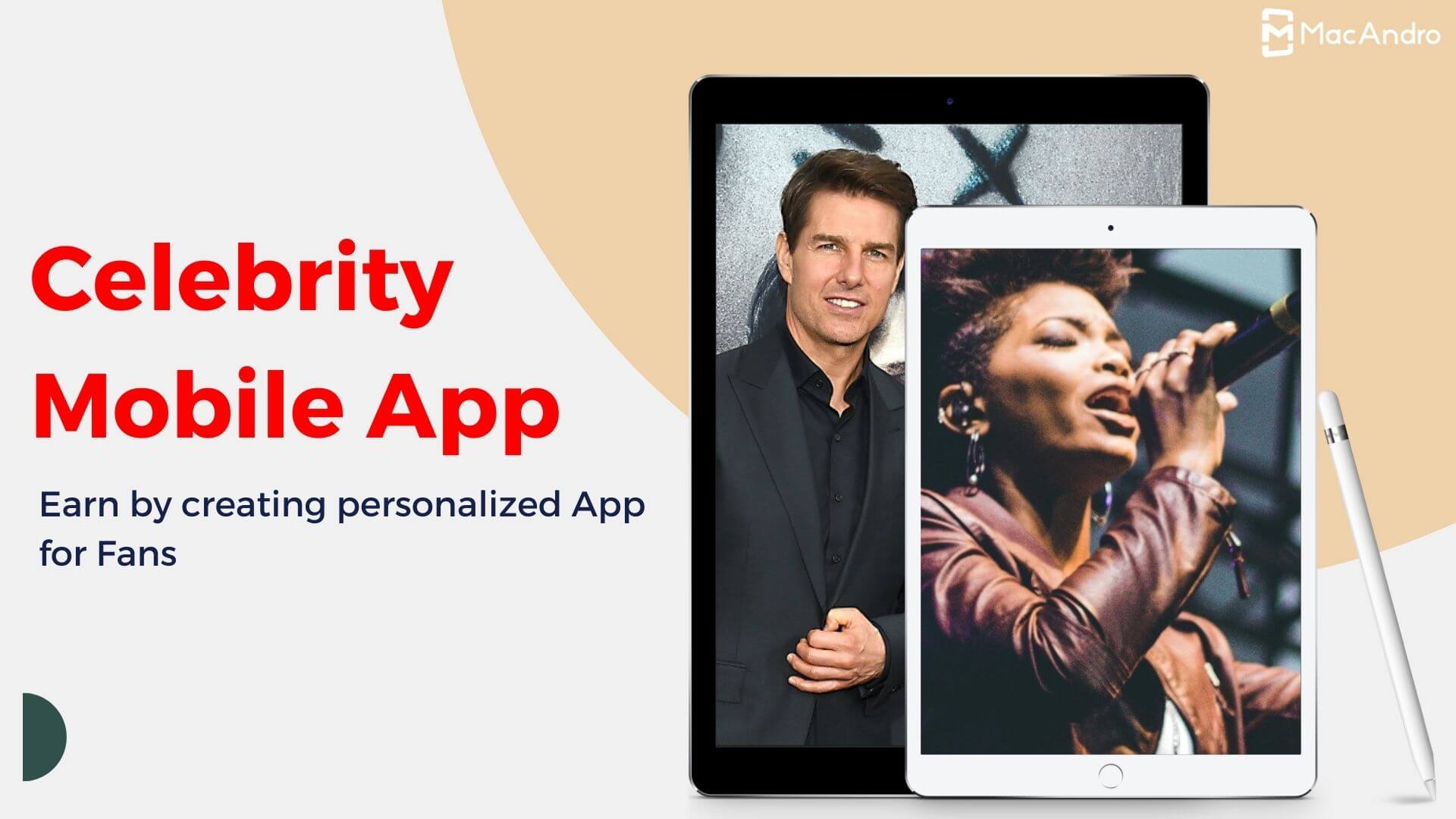 Fame is the main asset for a celebrity. Well the celebrity may be a movie star, music artist, TV anchor, sports person or a politician, getting popularity will be their ultimate goal.  Mostly the goal will be the same, but the path to achieve this goal varies over generation. Few Years ago, celebrities used Television, Radio and magazines to reach and communicate with their fans.

Then with the technological evolution, celebrities have pushed to have a website and page in social media. But today, these two are not enough anymore. Advancement in mobile technologies made celebrities build celebrity apps as a next step to establish their recognition.

What Does Celebrity Apps Do?

People who lead a successful career in politics, sports, and in entertainment will be titled as a celebrity. And these celebrity apps will assist them to attract the fans and to create a strong influence on them.

In simple terms, a celebrity app is a medium through which celebrities can get connected with their fans. These apps appear as a best marketing tool for celebrities and help them to give updates about them to their beloved fans.

Why Celebrities Should Have Their Own Mobile App?

Fans are a very powerful resource for any celebrity. They are the one who keeps on talking and spreading stuff about the celebrities to others. But initially fans need to know about their role models and for that they will follow their celebrities on social media platforms like twitter, instagram, facebook etc. But these social media tactics have become old.
Fans are expecting to get updates about the happenings in the celebrity’s life & career faster.

To make it happen, mobile apps are the only possible way without doubt. By developing a mobile app, celebrities can experience a myriad of benefits to improve their career. Find them below.

Celebrity mobile apps enable them to stay connected with their audience in both online & offline. Also it appears as a perfect marketing technique for celebrities to provide news & updates about them, upcoming projects etc.

Apart from aiding celebrities in their career, celebrity apps also resemble a great source of income.  Yes, by utilizing these apps celebrities can also generate revenue via different monetization models.

When it comes to mobile apps, you could discover various revenue models to make money. Celebrities can earn via these apps by following any of the below revenue models.

Paid Apps: In this kind, users will be allowed to access the celebrity app once after they pay for it.

In-app Advertising:In this method, celebrities can earn by showing advertisements to their users.

Freemium:Here the app will be allowed to download and use for free. Then, users will be charged to access some premium content and features in the app.

Usually people love to express their emotions in emojis. In addition, using images that represent any significant moments in the life of their idols was perceived by fans with joy. An american star Kim Kardashian launched an emoji app in 2015 which was a huge hit. Soon some popular stars Lady Gaga, Amber Rose and Justin Biber joined the club

Gaming is the most popular niche for celebrity mobile apps. Once again we take Kim kardashian’ app “Kim Kardashian: Hollywood”as the great example which entered the market in 2014. This game app generates about $1.5 million in just four days.

Well this kind of app is used to show content about the celebrity. For example, famous cooks will have their own app and post their recipes, cooking instructions in these apps. Through this app, they can reach their fans and inspire them. Content apps can be free & as well paid.

In these kinds of apps, celebrities and fans will communicate with others and discuss the latest updates, photos, videos as well. This niche shines as the best way to unite and expand the fan base.

Right from US president to small tv anchor,  almost every celebrity prefers to have an app for them. Here are some famous celebrities who has their own celebrity app

This feature allows the celebrities to schedule a post previously if they are going to get committed to some other work later. Using this feature, celebrities can engage with their audience constantly

Through this push notification feature, celebrities can convey the recent updates to their fans instantly

Celebs can raise funds from their fans for any cause. Whatever it may be either for some social cause or for his personal cause.

This feature enables the celebs to conduct polls through which celebrities can gather information and what their fans love. According to it, the celeb can proceed for his/her future projects.

Celebrities can upload their pictures and videos to share with the fans. It may be a trailer, net show or anything.

Guide to Build Your Celebrity App

While going for a celebrity app development, initially you should know  your target audience. Knowing your user’s wish will lead you to build a product which will be successful. You should choose the perfect niche to attract your target audience. For instance, if you are a chef, politician, or a sports person, then going with content type is much better. For social media people, social platforms will be apt. So according to your career, you should choose your niche.

2. Fix Up Your Monetization Model

Next you should finalize the apt monetization model for your celebrity app. Once again to conclude this, you should know about your audience. If your users will prefer to watch your content even by paying, then you can go with paid apps or else you can choose the best in others that suits you.

Cyber attack is one of the most common threats in the internet world. You should integrate the best security features with your app to ensure your user’s data safety.

Once finalize all these, at last you should approach a reputed mobile app development company MacAndro who are recognized in providing best mobility solutions for celebrities across the globe. Our skilled celebrity app developers are expertise in developing eye catching celebrity mobile apps that will connect you with your fans seamlessly.

Mobile platforms are transforming as a stronger base and an essential one for all industries. Especially celebrity apps are getting greater attention in this decade. You can witness most celebrities have their own app to stay connected with their fan base and to expand their community. If you are a celebrity and have a huge following for your work then, developing a celebrity app can help you to fascinate them.

REACH US! TO BUILD YOUR OWN CELEBRITY APP!!