Home > Blog > Flutter vs React Native vs Xamarin: Which One to Choose for Cross-platform App Development?

Flutter vs React Native vs Xamarin: Which One to Choose for Cross-platform App Development? 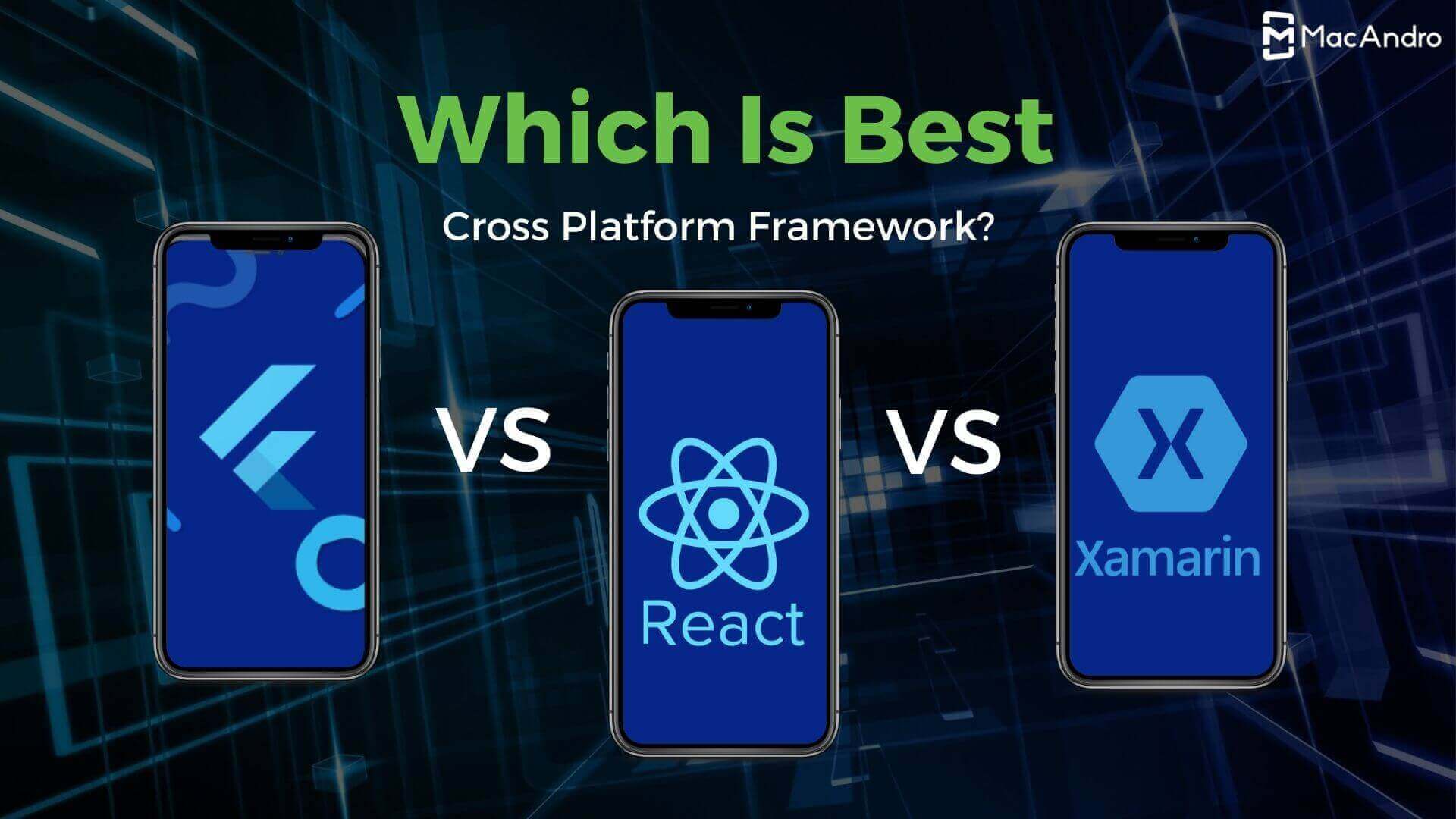 But while getting into the development process, most of the people are struggling to pick the right framework that suits them. Having multiple choices will be helpful but sometimes it may be a headache too. Here is the second one. Yes, for cross platform development, there are several best cross platform app development frameworks available in the market, and picking the apt one according to our requirements is the critical part.

Especially the fight between Flutter, React-native and Xamarin is the most argued topic. With weighting its advantages and disadvantages, developers are choosing the right one to build cross platform apps.

Here in this article, we are going to make your framework choosing part easy by comparing the leading market players Flutter vs Xamarin vs React-Native in detail from app owner’s perspective.

Flutter is an open source cross platform framework introduced by Google in 2017. It is the latest framework created in recent times while comparing to other two frameworks. It uses Dart for app development and applications built using Flutter will be larger in size. Since its arrival, Flutter has attracted a substantial amount of attention in the market and has become a popular framework among the front end developers.

Cost Efficient: As it is a free open source framework, there is no charges

Apps are larger: An average size of Flutter app size is 4.7 MB which is much greater than native Android apps. Due to this, developers need to work more to lessen the number of libraries used and also forced to compress images.

Lag in Native API’s: Flutter does not provide native APIs and so there would be many third party packages required.

Free to use:  Free Open source Platform which is cost efficient

Instant Updates: Enables the developers to make changes in the app instantly without recompiling the apps.

Xamarin is the oldest cross platform framework in the series which was introduced in 2011. Xamarin allows upto 96% of code reusability and enables to build UI easily.

Upholds Complete Development Tools: Xamarin is named as the most complete cross platform framework as it upholds all the essential tools to build an app.

App size is larger:  While compared to native apps, Xamarin apps are quite larger in size.

Time Consuming: It may take additional time for creating complex applications in Xamarin

Delay in Updates: Changes made in the code may take time to reflect in the app.

Flutter Vs React Native Vs Xamarin: Which is Best for Cross Platform Development?

While going for cross platform mobile app development, it is essential to find the right tools. In order to discover your apt tool, there are several characteristics you should consider which will assist you to determine the framework correctly.

Here we have explained the characteristics in detail with comparing the Xamarin, Flutter and React Native, so that it will be helpful for you to know about these frameworks and picking the best one for your cross platform development

Performance is one of the most substantial factors to take in mind when it comes to mobile app development. In performance perspective, Flutter is considered as an excellent source due to its Dart code compiled with C library makes it like Native code. It boosts the speed and results in high level performance. On other hand, React Native and Xamarin need to fill up the design expectations

As mentioned earlier, Xamarin supports about 96% of code reusability and stands top in the contest. While considering Flutter, it contributes a high level of reusable codebase which can be used to develop an unique and excellent UI widget. Simultaneously, React Native functions under “write once and use it anywhere” theory.

When it comes to popularity, Xamarin upholds 1.6 million developers in around  120 countries. But we can’t come to a conclusion now because in recent times React Native is showing constant increase in user base and also has the possibility to win the contest too. Flutter is also user friendly and in considering the most preferred frameworks, Flutter has 75% of users, Xamarin has 62% and Xamarin captures the last position with 47%.

Well, developers can’t avoid the process of learning development languages and to work in it as new tech trends will hit the market. Mostly they prefer to work with languages that are understandable and easy to apply.

In Xamarin framework, F# and C# programming language is used over .NET platform to build native codes in an effective manner.

Flutter is a fully diverse environment which supports Dart programming language. In React Native, it allows you to build native apps using JavaScript.  Here react native has one drawback as it requires extra effort to put while working on cross platform features.

All the three cross platform app development frameworks, Flutter, React native and Xamarin are free to access but Xamarin is alone free for individual and small companies.

It is highly difficult to build adaptive components in hybrid app development. In some cases, you may need to create the components by yourself for a variety of tablets and mobiles.

Flutter framework has widget features in its massive library of components. Widgets are inefficient and also will not respond adaptively during the cross platform development. This is due to widgets inability to function in real time across android and iOS platforms.

All the three cross platform frameworks(Flutter, React Native and Xamarin) have both advantages like React is cost efficient,  Xamarin is best for small teams and Flutter is smooth & fast and has disadvantages too. We have listed out all the characteristics above and with considering those characteristics, it's on you to choose the right framework according to your business requirements.

If you are still in a confused state to select your right technology stack, then just approach experts of MacAndro. This is because MacAndro is a leading mobile app development company who are expertise in developing cross platform apps.

FOR  FURTHER  CLARIFICATIONS REACH OUR  EXPERTS!!