Home > Blog > In What Ways Features of Android 11 Will Impact Your Mobile App?

In What Ways Features of Android 11 Will Impact Your Mobile App? 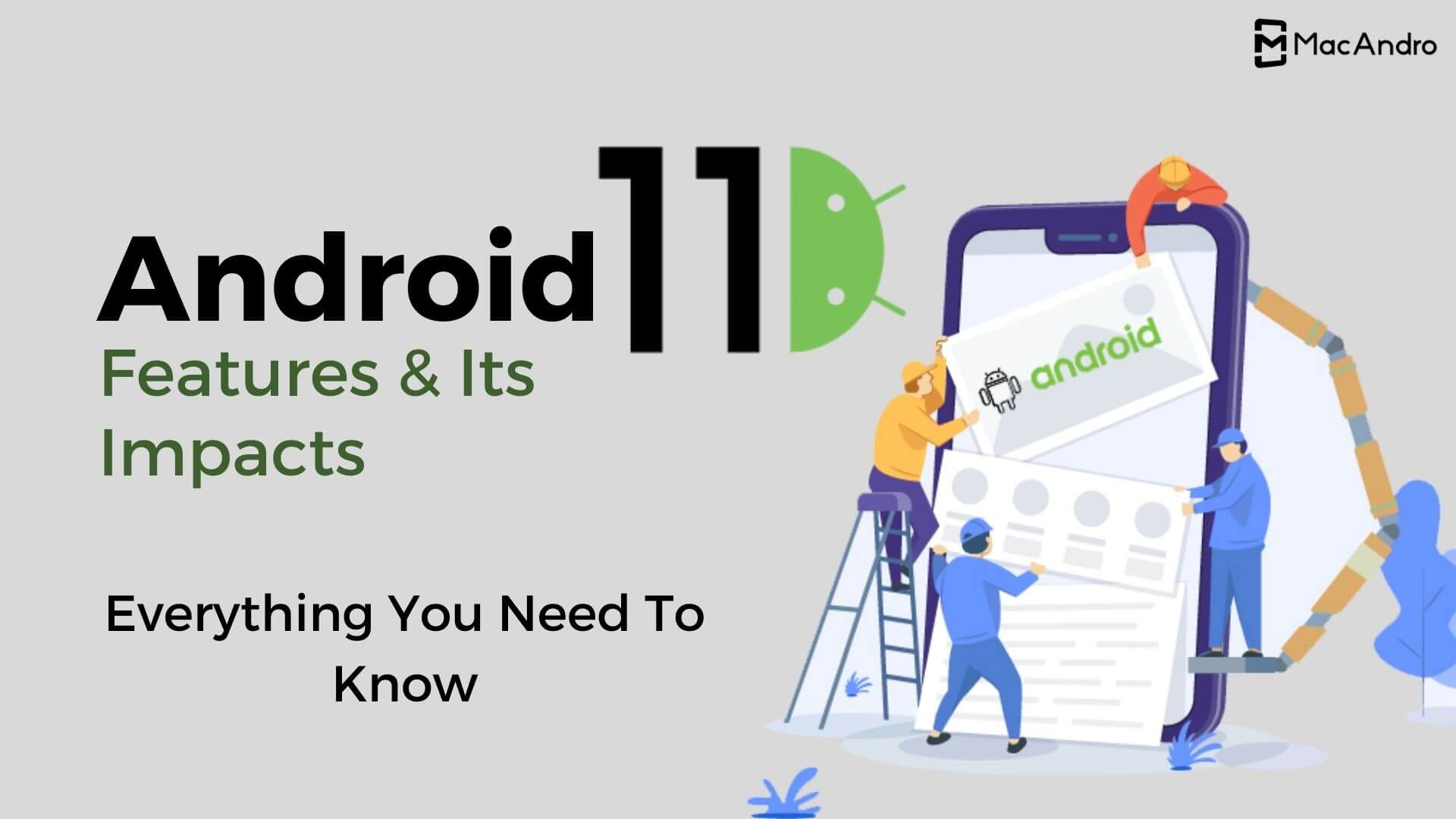 It is a known fact that Android is the most used operating system worldwide. Moreover, Android has also turned around as an undeniably  common stage for developers. With its every update, Google is enhancing its android operating system with integrating robust features and also making the work of android developers easier.

Now with the arrival of mighty Android 11, mobile app communities are witnessing drastic changes. Apparently, you may not find more difference while looking over initially. But while digging deeper, you can discover dozens of new features which makes us recognize this upgraded Android 11 as the best operating system.

In every upgrade, not only developers will be eager to acquire new updates but also the app owners will be excited too. So in this article, we are going to discuss the latest operating system Android 11 features, its impact over mobile applications from the perspective of developers as well as app owners.

► In September 2020, Google released Android 11 operating system which is the eleventh major release and also 18th version of Android.

► Vivo X51 is the first smartphone which was launched with Android 11 operating system in Europe and after its complete release, the first phone which entered this world with powering Android 11 was the OnePlus 8T after Google Pixel.

Finally the long wait is over here. There was a huge expectation for this screen recorder among the communities and this feature was expected in the previous release too. But now finally, Google implemented a standard screen recorder in its Android 11. Users can access the screen recorder from the notification panel and record the screen activities in ease without seeking third-party applications.

Most of us will be aware of foldable smartphones and these devices have already made a huge impact in the market. In the upcoming years, there will be a lot of variations in the foldable devices with various screen sizes and resolutions. Android 11 will be supportable for foldable devices and it will allow every application to run smoothly in those devices. So Android app developers no need to worry about foldable device  performance henceforth as Android 11 will take care of it.

One best feature that has integrated with Android 11 is its better control over messaging. Chat bubbles allow the users to hide conversations on the side screen and can retrieve it by clicking the bubble. Moreover, Android 11 has also provided greater control to set priority for their conversations. You can set a certain one to appear in the top list or can make it silent which will turn off notification sound.

While speaking about security, this feature is the most important one to look into. With focusing on user’s data prevention, this one-time permission will enable the apps to access microphone, camera or location only once and the permission will be revoked once the user quits the app. But to get this done, users should select the “only this time” option while providing permission to an app.

In Android 11, you can experience some additional options while you hold down your power button. Some extra features like dial 911, google wallet and smart home device access will be shown along with shut down & restart options. But not in all phones this feature has been implemented. You can witness some smart phones like Google Pixel

Due to COVID19 outbreak, most of the industries have shifted their business to online, which increased the demand for high speed internet connection greatly. To support 5G, Google has added “Dynamic Meteredness API” in Android 11. This API will assist your smart phones to support 5G connection easily. If you have unlimited 5G connection, then you can enjoy it immediately and you don’t have to look for any additional support anymore to access it.

Can Take Your Cleared Notifications

What are Some Best Aspects an Enterprises can Grab in Android 11?

Above we have reviewed the Android 11 features in user’s and developer’s perspective. Next we are going to discuss the best factors that businesses or enterprises which own mobile apps can experience in Android 11 upgrade.

In Android 11, if a work profile is added via other methods, then it will be that it is a personally owned device. Moreover the features and access enabled for work profiles on personal devices will be unchanged.

Google has also worked in UX enhancement in Android 11 which indicates the user’s correctly if their work profile is paused. And to turn their work profile on, there is no need to enter a passcode if the device password is also the same.

It is possible for the admins of company owned devices to request device attestation by utilizing individual attestation certificates in Android 11.

While coming upon these features, you would recognize that Android 11 is delivering affordable service for both users and developing by providing better tools, features, etc. If you have an enterprise android app you can experience it or else develop your own android app by picking the right android app development team from a a leading mobile app development company for your business to taste the benefits in Android 11 operating system.

REACH US TO LAUNCH YOUR OWN ANDROID APP!!