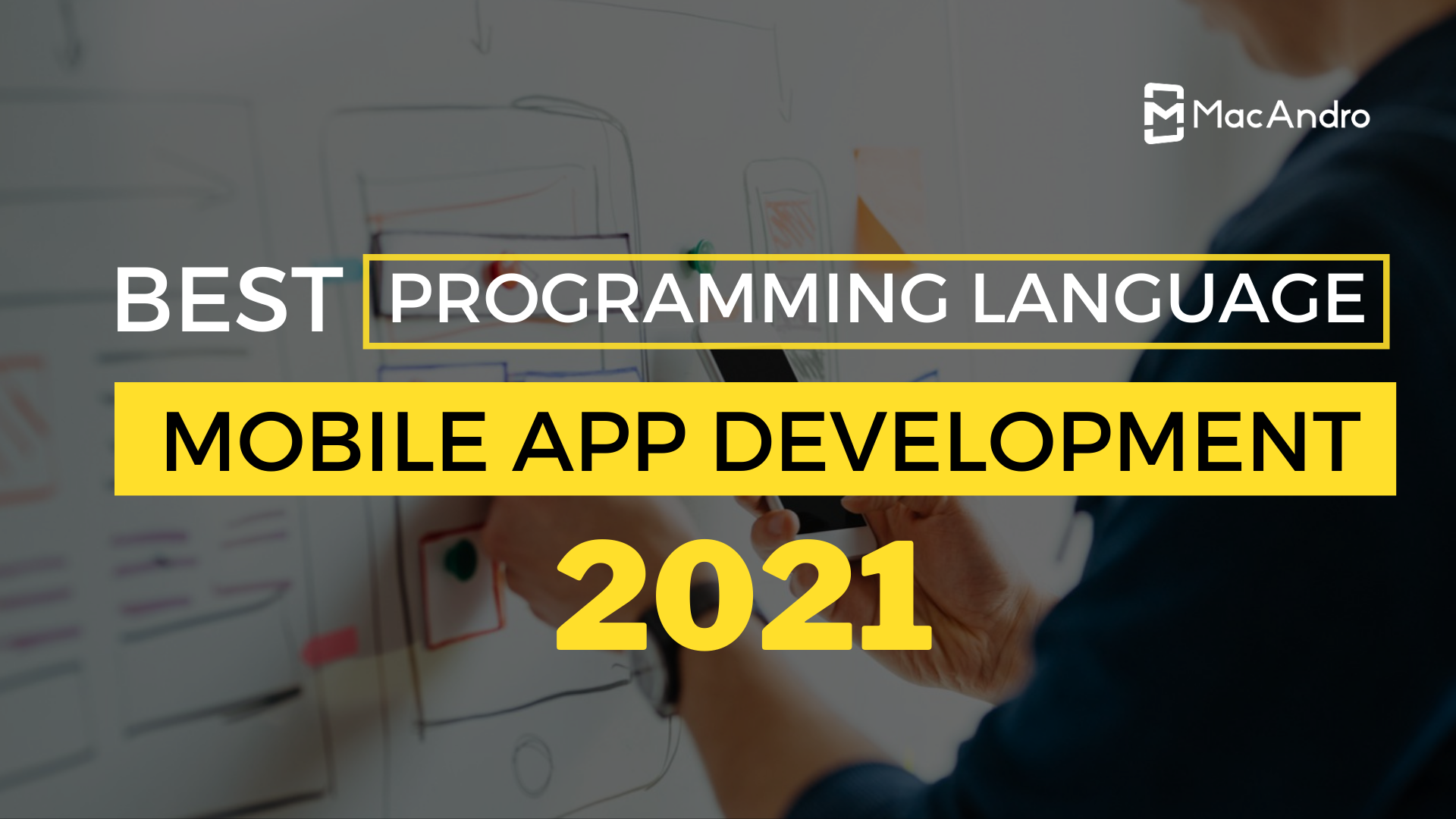 Businesses of all sizes today realize that apps are the key to build a better relationship with their users and unlock their way to interact with customers. No matter what type of apps you are creating for your business there are several challenges that all developers face when building mobile apps. The major challenge is choosing the right programming language, Frameworks, and SDKs for developing mobile apps.

So here in this blog, We will review the Top Programming languages and Frameworks for Mobile App Development.

Cross Platform Apps are apps that are written cross platform languages that can be run on all platforms. The language using which you write code for building cross platform apps may not be the native language.

Mobile Web Apps are Mobile websites that can be opened in the browser through clicking on the URL. They feel like a regular mobile app but are not delivered as an installed app like other mobile apps that can be downloaded from play store.

When creating a Mobile Web Apps there are two choice for developers, they are as follows,

Progressive Web Apps are normal Websites that look like a mobile app. They can be viewed on any device without changing the user experience. They are lightweight and can be faster than normal mobile apps. They can be added as an icon on the desktop like an installed app and can be used. They can also be shared as an URL that can be opened on any browsers. They have an ability to show some features even when offline without the connection of the internet.

Responsive web Apps is also a type of Web App development in which the layout of the website changes itself according to the device it is opened. Inside to browse horizontally the website allings itself to the width of the device. These Responsive web apps can also be used on desktops.

Android is an open source and linux based operating system for mobile devices that is developed and promoted by Google. The operating system that powers 2.5 billion active devices was Android. Starting from normal smartphones, 5G Phones, Watches to stunning Tablets Smart TV the reason behind these makes life easier was android. As Android was developed as an open source it is open to everyone. Businesses, developers, designers whoever it may be can make use of android to bring their idea to reality using various applications.

Android Applications can be built using Android Development toolkit that comes with required SDK, Debuggers and emulators. Android Studio is Android's official IDE that provides the effective and fastest tools to build apps for every android device. Like Android Studio you can make use of other popular IDEs like IntelliJ Idea and Netbeans to build android apps. The Apps built are added to the official play store that is managed by Google.

Apps for android can be built using Native Android SDK with Java and Kotlin or with other cross platform technologies.

Here are programming languages that are used for android App development

Java remains the most popular programming language for Android App Development as it offers various advantages and features. Java is a high level object oriented programming language originally developed by sun microsystems which is released in 1995.
Android has relied mostly on java since its inception. Java helps to create apps that are larger and more complex. Java is now owned by Oracle and as of 2019 Kotlin is preferred language for android app development as per report from google.

Kotlin is becoming increasingly popular and a better alternative to Java for building android applications.It is a new modern programming language for developing android applications. It was designed by JetBrains, the company that developed Intellij IDEA which is the popular Java IDE. It was first released in February 2016. Kotlin was a cross platform programming language. The team behind it developed it to compile as quickly as Java. Kotlin runs on Java Virtual Machine and was made fully interoperable with Java which also compiles to javascript.

Read Kotlin vs Java: Which Is the Best Choice? to understand better about these two programming languages.

iOS platform is made by Apple which is available only on mobile devices such as iPhone and tablet devices like iPad. While developing an app for iPhone and iPad you can develop an app for ios platform and can target that app for both devices. iOS is completely different from android. Like we earlier said android is an open ecosystem but iOS is a closed ecosystem.
Xcode is a popular integrated Development Environment IDE developed by Apple for iOS App Development. It can be used only on MacBook or MacDesktop only which needs Mac OS.

Xcode provides all the required app development toolkits with SDKs, simulators and debuggers. Apps for iOS platforms can be created by using either Objective-C and Swift with native iOS SDK or with cross platform technologies.

Here are programming languages that are used for iOS App development

Objective C is a general purpose programming language supported by Apple for developing iOS Applications. It evolved from C Programming Language.It was created as an extension for C Language as an extension in the 1980's. It was licensed by the Steve Jobs NeXT and later used by Apple when Jobs returned to Apple. Objective C was the main language that was heavily used by Apple for developing for Apple's Desktop and mobile operating systems.

The main feature of objective C is that it adds a messaging feature similar to smalltalk. Most Apple frameworks are written in Cocoa programming, which in turn is built on Objective-C. The Objective C enjoyed a great popularity which started to change when swift was introduced by Apple.

Apple released Swift Language in 2014 to develop Applications for iOS, macOS, watchOS and tvOS. It was a general purpose programming language which works well with Apple's Cocoa and Cocoa touch frameworks. Mainly Swift was made from ideas took from objective c, python, Ruby and C# which has made it increasingly popular among iOS developers. As Swift is very light weight the apps built using swift language were faster than apps built using Objective-C. iOS Developers find it easier to learn syntax of Swift language as it is an English like language.

Read Android Apps vs. iOS apps - What to Chose for Your Business?

Developing Mobile Apps for Both the iOS and Android Platforms

Various organizations have come up with new frameworks that help developers to develop apps for both Android and iOS. These frameworks come with their own ecosystem of tools and IDEs that makes the work of developers a lot easier. This will also help in reducing the time for app development and cost.

Flutter is a popular cross platform app development framework developed by Google. Flutter Apps are coded using the Object-Oriented programming language Called Dart which is also released by Google in 2017. With flutter you can write code only once and can deploy your apps both to Apple AppStore and Google Play Store. Flutter is a SDK which provides tools to compile Dart code into native code. It also comes with a rich set of pre-built and pre-styled UI elements which is called as widgets that helps to compose apps user interfaces. Learn more about Flutter App Development

Read Benefits of Flutter for Businesses

Read Why You Should Choose React Native?

Even Though these apps cannot be installed like a regular app, these apps need to be responsive as a mobile app when it is opened on any device with the responsiveness of the Website. Giving the user the same experience on all platforms is a main factor.Thats what these Web Apps deliver. Adapting to different device sizes without losing its value is a major feature these apps provide.

Progressive Web App Development are a newest addition to the list making it easier for businesses to target audiences on all devices. Web Technologies and Frameworks such as HTML, CSS, JavaScript and other UI Frameworks are mainly used to build these Mobile Optimized Websites.

Programming languages for developing platform specific native apps doesn't undergo a lot of changes other than some feature updations to their popular platforms such as Android and iOS by Apple and Google. But various cross platform frameworks have emerged in the recent years that help developers and businesses in a lot of ways to build their Mobile Apps. It is very important to choose the right tool to build your Mobile apps. As technology is evolving rapidly businesses and developers should keep an eye on the platforms and frameworks to be successful in their Mobile App Development Process. 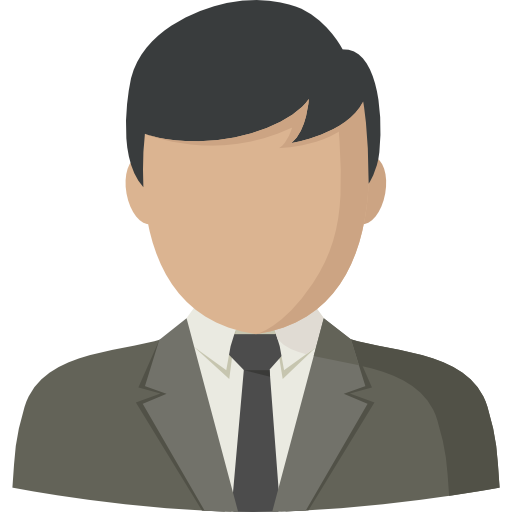 Sundar is a Digital Marketing enthusiast who loves to develop effective online marketing strategies. He writes about Technologies, startups, Industries. Stay Connected with Us to move forward with innovations in the world of IT!!

View all posts by Sundar →